skip to main | skip to sidebar

Today's telephone call from Putin to Obama over the Crimea was secretly recorded:

P: Hello, Barry? It's Vlad. How are you doing?
O: Well, Vladimir, you won't believe it, but I just got my high score in Candy Crush! You?
P: Ach, I'm good too, but some kleptomaniac babushka keeps stealing my shirts, so I've been forced to attend meetings of the High Command, well, topless. I don't understand why people keep looking at me funny while I issued orders to invade Crimea. People are such prudes! In this day and age! But I called -
O: - I don't want to know what you're wearing. Or not.
P: - to talk about Crimea and Eastern Ukraine. Is this a secure line? (clicking in the background and some muffled laughter)
O: Oh yes, not to worry, rock-solid comms here. (more muffled laughter)
P: Well, listen, Barry, I know you're mad at me for going into Crimea. But listen -
O: Mad? Are you kidding me? I'm happy as -
P: Me,  when mama makes fresh borscht?
O: You got it, Vlad!
O: Do you know what it's like trying to be President of THIS country? It's nothing like what you have there, where you snap your fingers and within minutes 200,000 troops are on the border ready to die for Mother Russia. You just pulled my ass out of the fire over here! Now they'll leave my Healthcare law alone, finally. Those idiots in the Republican party can't walk and chew gum at the same time without mass doses of Concerta and gallons of Jack Daniels, so my grand socialist vision can finally be realized. I was meaning to call and send flowers in thanks for stirring up trouble. I hear our factories are cranking out brand spanking new ICBMs and UAVs, R&D is humming, and all my campaign contributors are whistling Dixie. Hell, I got a love note from Dick Cheney. Have you seen Halliburton's quarterly earnings projections for 2015? Up, up, up! It's 2003 all over again! Party TIME!
P: Well, listen Barry, we need to talk. I have to level with you. I don't know WHAT I got us into. I know this - I need to appear rational. (Shostakovich's 5th - Stalin's favorite composer - can be heard in the background.)
O: Vlad, I can't hear you over the crashing cymbals. Turn down the music, please.
P: Svetlana! Dahlink, turn it down, spaseba. (soft moaning is heard) So listen, let's talk. How can we help each other? I've already helped you. What do you have for me?
O: You? What help do YOU need? Like you have to report to anyone?
P: There IS my mother. She's dying for a new Chevrolet. Ever since you bailed out GM, people are listing after the Cruze.
O: Done. I'll call Detroit and order one, loaded. In red, of course.
P: Barry, you're just amazing. If I can just shut her up, it'll be a dream come true. I'll tell you this: it was my mother who told me she spoke with a Tatar tarot card reader who said that Russia needed to invade Crimea to bring back the glorious days of the Russian empire. Mama has fond memories of stories of the good times under the Czars, Stalin and Brezhnev. Such parties! The women! The goats! We want to take Russia back!
O: That was Mitt Romney's campaign slogan in our last elections!
P: Capitalist pig stole my slogan!
O: What happened to that Super Bowl ring you were looking at? You know, Robert Kraft, the owner of the New England Patriots, called me and asked if I could have John Kerry try to get it back next time he was in Moscow to talk to Lavrov. Since you called me before Kerry could get his hair ready to leave for Moscow, what about it?
P: I have no idea what you're talking about Barry. Svetlana, rub my feet, darling.
O: Well, I'm thinking of how to fix the immediate problem. I'll tell you what Vladimir. Let's do this: You keep Crimea. I get it. You need the port for your Black Sea fleet. Keep it. But load up your western border with your army. Make the sky black with aircraft. Fighters, bombers, helicopters, UAVs, vodka bottles, whatever. Then call Fox News.
P: Fox News? Why?
O: Give them an exclusive. Tell them you're going to make a major announcement. I'm quitting, and as part of the settlement of the Crimean crisis, you get to move in with Michelle and her mother. I've cleared it with Scalia, so we're golden. I'm taking the girls and... tell Svetlana to meet me at the airport.
P: You finally earned your Nobel Peace Prize...I'll send a plane.
O: Thanks, Vladimir. Bush was right. You DO have a beautiful soul.

Posted by Randy Shiner at 7:16 AM 0 comments

Labels: advice to my 30 year old self, graceful aging

Swiss Member of Parliament Has Had Enough!

Steely Dan Live at the Nokia Theater August 25, 2013 - A Review by Randy Shiner

Steely Dan at the Nokia last Sunday night, August 25, 2013, was nothing short of masterful in every way. I was awed by the musicianship I have been listening to since Can't Buy a Thrill (1974), live for the first time. The consistency in Steely Dan that still makes them (it?) relevant today is Fagen and Becker's continuing demand for excellence in each individual band member (they have created enemies over the years because of this) whom they employ, and of course those fat Fagen/Becker riffs and lyrics that are, for lack of a better word, timeless because they deal with universal, sometimes seemy human issues that will never, ever, be replaced by a computer. A computer will never know the Cuervo Gold or the fine Columbian.

Especially noteworthy to me, in addition to, obviously, Fagen and Becker, was the playing of Jon Herington on guitar. He played the guitar like Jimi Hendrix when the occasion warranted it, and like Wes Montgomery when the time was right to go off on a jazz solo, and did so as if he was at the Vanguard in front of 50 people, not several thousand.

Keith Carlock on the drumset was nothing short of rock solid in his attack and timekeeping, and went off on many beautiful, creative flourishes that were just awesome to behold. I couldn't imagine, at times, what I was seeing, as in the lengthy drum solo about three-quarters the way through "Aja". The sound of his bass drum came through my chest 29 rows back in CC.

The wonderful thing about this live performance is that they allowed themselves the artistic freedom to explore well-known Fagen/Becker phrases on their own, much as a hard bop jazz musician take the head of a piece and improvises musically on that theme, eventually circling back to the theme itself. What a magnificent performance.

Connect With Me on LinkedIn

Invite me to Connect on LinkedIn. 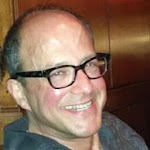